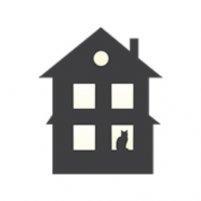 Vaccines protect your child against illnesses that could otherwise infect them and do a lot of harm. In Shenandoah, Texas, board-certified pediatricians at Neighborhood Pediatrics offer all recommended vaccines for infants, children, and adolescents. To find out more about vaccines, how they work, and which shots your child needs, call Neighborhood Pediatrics or book an appointment online today.

Vaccines are preventive shots against specific infectious diseases that come from viruses or bacteria. Most vaccines involve an initial dose and a booster that you get later.

If or when your child encounters the bacteria or virus, later, the antibodies allow their immune system to fight off the infection, so they don’t get sick.

Neighborhood Pediatrics offers all recommended vaccines for children. Your child’s pediatrician can walk you through the immunization schedule and ensure your child stays on track with getting all the shots they need during childhood and adolescence.

Which vaccines does my child need?

Your child can get numerous vaccines starting right after birth and continuing on a schedule that lasts until they’re 18 years old. Your child’s pediatrician can tell you when your child should get vaccinations and booster shots against these diseases:

The influenza vaccine, or flu shot, is different from the rest because it changes from year to year. You should get the annual flu shot for your child sometime before flu season starts, like in September or October. The formula changes according to the active strains of the flu in a particular year.

Why are vaccines necessary?

Vaccines are essential for two reasons: your child’s health and the health of those around your child.

Vaccines stop your child from getting serious illnesses that once affected a large portion of the population. They also cause a phenomenon called herd immunity when enough people get them.

Herd immunity happens when enough people have antibodies against a particular disease that it doesn’t have enough people to spread to. It’s beneficial for the overall population and protects individuals who can’t get vaccines for health-related reasons or because of their age.

Some people question whether or not vaccines are safe for their children. It’s important to recognize the level of protection that vaccines offer against illnesses. Furthermore, vaccines go through many rounds of rigorous testing to prove their safety before they become available to the public.

Schedule your child’s next appointment for vaccines by phone or online at Neighborhood Pediatrics today.